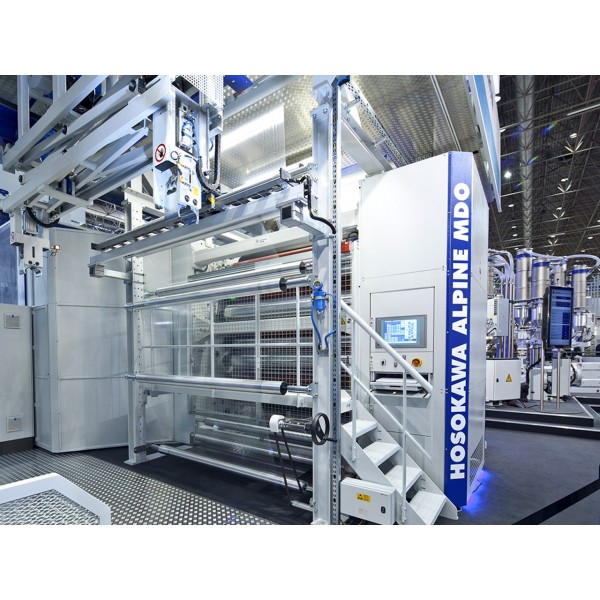 Hosokawa Alpine is the market leader in mono-axial film orientation lines (MDO - Machine Direction Orientation). During the orientation process, a blown film is stretched between two rollers which run at different speeds.

By means of  mono-axial orientation the film properties can be optimized to meet the specific requirements of your application:

During the orientation process, the film necks-in in the transverse direction and consequently reduces in width. This neck-in results in a thickness profile in the transverse direction which is biconcave, the oriented film becomes increasingly thick from the center of the film towards the film edges. In order to achieve sufficient film flatness and thickness distribution to enable the film to be processed on downstream equipment wide edge trims were required. In order to overcome these disadvantages of orientation technology, Hosokawa Alpine has developed the patented TRIO system (Trim Reduction for Inline Orientation). Through the use of TRIO, the edge trim is markedly reduced, material is saved and the net output is increased. The efficiency of the entire process is enhanced. In comparison to MDO systems without TRIO  the edge trim is reduced by approximately 50% with significantly improved  film flatness.